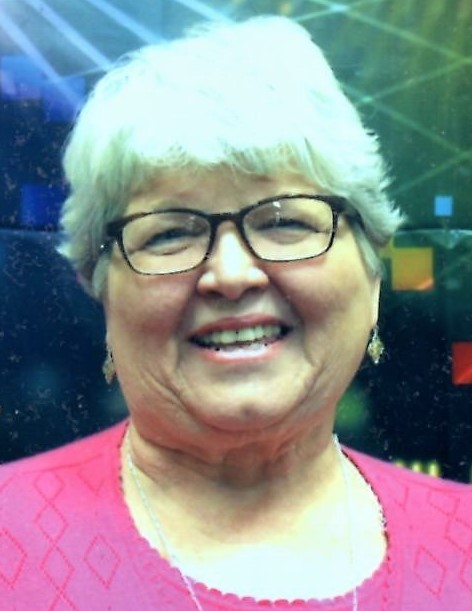 Una Belle Townsend is an award-winning author former teacher/librarian. She lives in Oklahoma with her husband, Virgil. They have two sons. She's the author of four picture books published by Pelican Publishing Co., and five picture books and a haiku/photography book published by Doodle and Peck Publishing Co. She is often found signing books at schools, libraries, and museums.

During her teaching career, she was a classroom teacher, librarian, reading teacher, and ESL teacher. For many years, she was the school's grant writer and 4-H leader. She was chosen Teacher of the Year three times.

The Riverside Elementary School District in El Reno, OK, honored her by naming the school library the Una Belle Townsend Honorary Library for her commitment to children and reading.

She enjoys writing stories about Oklahoma and animals and often combines the two when she writes. She enjoys photography, crafts, and writing haiku.

Townsend received an Oklahoma Center for the Book Award and an IRA/ Children’s Choice Award for her book, Grady’s in the Silo. Her book about the cow that jumped in a silo back in 1949 in Yukon has been read by many teachers working on farm units. The land where Grady roamed in Oklahoma was part of the Chisholm Trail and also a part of the land in the first land run in 1889.

She received an Oklahoma Writer’s Federation Best Juvenile Book Award for her book, The Great Elephant Escape. This story of two elephants escaping from the circus grounds in Hugo, OK in 1975 made headlines for weeks until the elephants were found.

In 2017, she received a Creative Woman of Achievement in Poetry Award from Delta Kappa Gamma for her book, Sunsets and Haiku. She not only wrote the haiku for the book, but took photographs of Oklahoma sunsets to accompany the book.

Her Oklahoma Land Run is often read to students during pioneer days/western days and school land run events. Her presentation includes displaying items such as a rug beater, a branding iron, sad irons, quilts, and bonnets which would have been found around the time of the land run.

Her picture book, Toby and the Secret Code, is a multicultural book which includes some information about Oklahoma’s Choctaw code talkers in World War I. It has a glossary and a section of Choctaw words in the back. It’s the first in a series of Choctaw Adventure stories.

The second book in the Choctaw Adventures series is Ben and the Missing Pony. The book includes information about the Choctaw ponies and the efforts by many individuals to keep this breed from becoming extinct. It also includes some Choctaw language.

Townsend’s book, Racecar Driver’s Night Before Christmas, is in the “Night Before Christmas” series created by Pelican Pub. Co. A group of Boy Scouts in Tennessee picked this Christmas book to represent their float entry in the local Christmas parade. Townsend traveled from Oklahoma to Tennessee to see the float the boys made depicting the race car. She also rode in the truck pulling the float.

In her picture book, Scanner, Miss Copywright, the school’s librarian, finds a Scottie puppy that needs a home and a name. Scanner’s job is to listen to children read in the library. He also has a BIG secret. This book is the first in a series of Scanner stories.

Scanner and the Icky, Sticky Gum, is the second book in the “Scanner the Scottie” series. The little Scottie falls head first into a trash can and then there’s this gum problem.

In the book, Clancy, a goat discovers a new delicious item to eat on the farm. It causes quite a ruckus as he searches for this tasty treat.

In the book, Blazer’s Taxi, a Clydesdale who became the mascot for the Oklahoma City Blazer’s Hockey team, has a problem and a friend who helps him solve it.

Many of her books are also in ebook format. They are available through  24symbols, Playstar, OverDrive, Bibliotheca, Baker & Taylor, Rakuen Kobo, Apple Books, SCRIBD, Tolino, and hoopla.

Grady's in the Silo

A Hereford jumps in a silo and is rescued on the fifth day.

A young Choctaw boy and his friend want to learn the Choctaw language and be like the boy's hero, a code-talker from World War I.

Scanner and the Icky, Sticky, Gum

"It becomes a sticky situation when Scanner the Scottie falls into a trash can filled with gum."