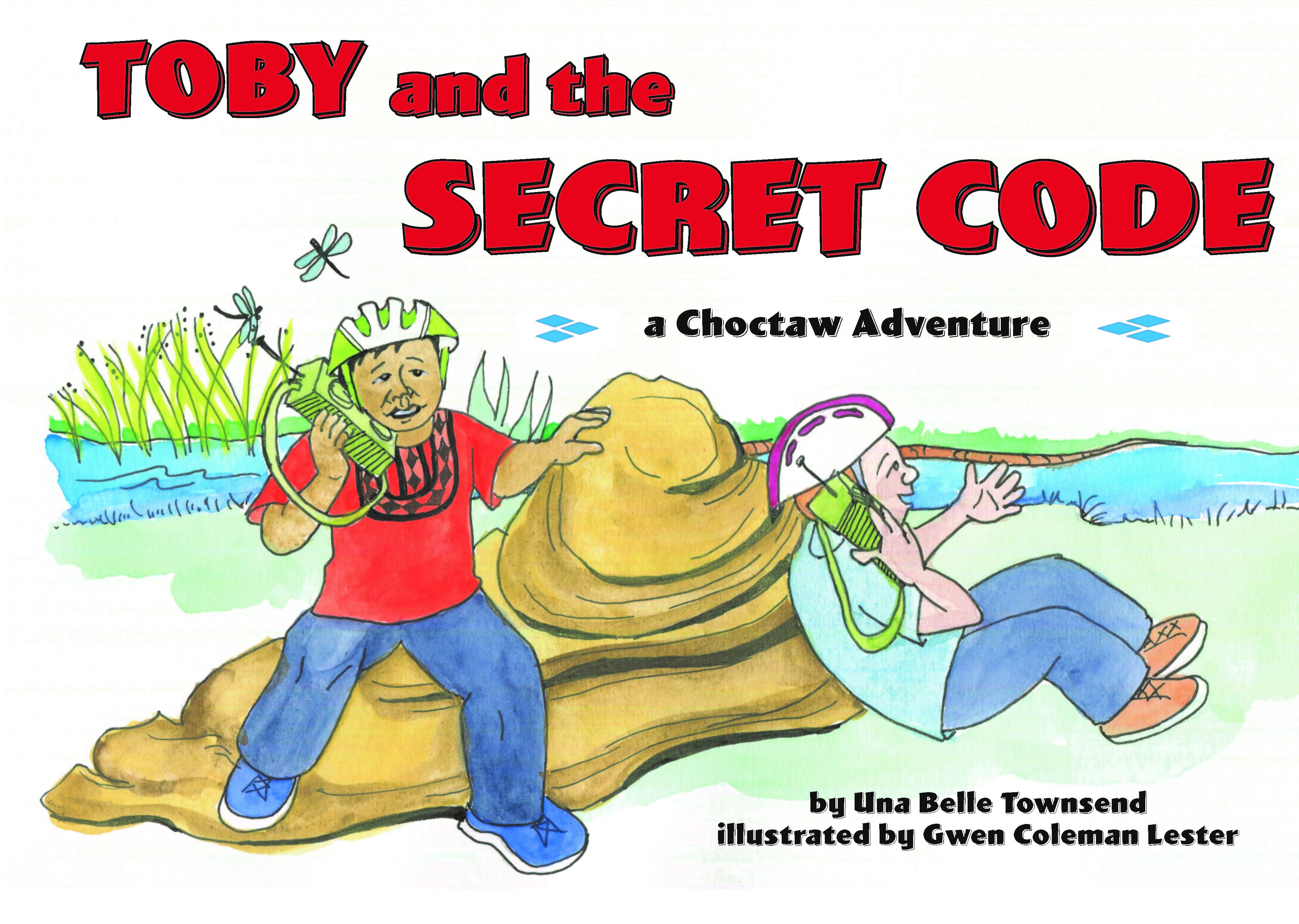 Toby and the Secret Code is a multicultural picture book which introduces a young Choctaw boy who gives a report in school about his hero, Tobias Frazier. Tobias, also known as "Papa Tobe" was a World War I code talker, and he's the great-great grandfather of the boy, Toby.

The code talkers were the "telephone warriors" who were able to use their language as a code during the war. The Germans could not decode their messages, and the war ended just a few weeks after the code talkers began using their Choctaw language.

In the book, Toby and a friend learn to speak Choctaw while on the bus and at school so that they have their own secret code. Then, Toby's grandfather has an accident, and both boys become heroes.

The book has some Choctaw language in the story. In the back of the book, the reader will find many Choctaw words, their meanings, and a pronunciation guide.

Tobias Frazier was one of 19 young Choctaw men who were the first code talkers in World War I. They were sworn to secrecy, and very few people knew they were "telephone warriors" during the war in 1918.

The book is dedicated to the nineteen brave Choctaw men who used their language to help win the war. This is the first in the "Choctaw Adventure" series. The next book is Ben and the Missing Pony.

Grady's in the Silo

A Hereford jumps in a silo and is rescued on the fifth day.

A young Choctaw boy and his friend want to learn the Choctaw language and be like the boy's hero, a code-talker from World War I.

Scanner and the Icky, Sticky, Gum

"It becomes a sticky situation when Scanner the Scottie falls into a trash can filled with gum."